I have been planning an NMZ event over the last couple weeks and with help from Shaby it has helped decide some very important factors that need to be taken into consideration of the event. I would like to ask for some testers for the event to sure that all handicaps are featured correctly and that everyone has the fair opportunity and combat levels are not a major factor into the event.

The event will either take place (Dates Removed Until Quota Filled). The details of this will be changed nearer to the date to allow the most precise time. Event will have Recorded attendance as I now am able to For fill that duty.
I decided that to ensure the fairness of this event I would request 8 people to aid me in the testing of all handicap areas.
The combat categories will be
60-75 (Pure and Main Required for Testing)
75-95 (Pure and Main Required for Testing)
95-110
110-126

The most important factor of this will be that everyone will only be allowed to choose 3 items to equip, this means that personal choice and thinking outside of the box could be a massive factor to your loss or prevail.

I would ask that anyone with an NMZ host for Demon/MTD/Guthans list themselves below or you can contact myself in-game as I would like to use these methods as testers for the lower combat levels. If this does not become obviously balanced by the previously stated dates I will extend it further as personally it is important that everyone has an equal opportunity not depending on combat level.

Due to the requirements of NMZ Each category will need 4 members only. So this will be a first come first serve basis, Again State your combat level and name here or IG to myself (Majorjoyce) and I Will start a list on this post so some true competition will begin.

Rules!
No Inventory Spaces Used (Will be checked before game and You will be watched During to make sure that no cheating)
3 Item's of Personal Choice (Do some research of what items might help in Nightmare Zone)
10m Max cost items (Anything over is not allowed)

Any Questions or Ideas you are more than welcome to provide your input here or IG.

Looking forward to it
MajorJoyce 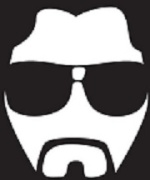 I would gladly be a 95-110 tester. I think you should allow more than 4 testers per category in case you can't get all 4 online at a given time. The goal of testing is to figure out what handicap each category needs to have a relatively even chance of winning as other categories. Remember that when the real event starts, there's no telling what bosses each team will have to face, since we've all done different quests. So unless you figure out how much food each team should be allowed for every possible combination of bosses, you couldn't make it fair from just trial and error. What we should do is figure out a formula for determining handicap. We'd have to figure out how much food is allowed for every unlocked boss. Perhaps if a team has elvarg unlocked, they get +3 pieces of food, and maybe tanglefoot would grant +1. After we determine how much food each unlocked boss will grant, a team participating in the real event can check the list of bosses they'll face (NMZ tells you), and use the food formula to see how much they're allowed. The food formula should be different for each combat category, as some bosses are obviously much more dangerous to lower levels. We should start with the combat category that we think has the biggest advantage in lasting long. Then, since they're the first category tested, we can kind of wing it with their food formula, and make it very limited. Then after deciding on a formula for the first team tested, we should record how long they can last with that amount of food in 5-10 attempts, and record the average time. Now that we have a time for the team with the biggest natural advantage, we should test the other categories, and add food to their food formula until their average time lasted matches the first team tested. Then after all testing teams have about the same average time, the four food formulas used in the successful tests will be used for the real event. The obvious flaw in this is that the testers may have different quests done than the people participating in the real event. So we should hold the event multiple times, and adjust the food formulas after each event if some categories are shown to have an obvious or consistent disadvantage.