Ive started to get alil more confident with my combat level. So ive decided im going to start soloing some bosses Kalphite Queen is going to be the first one I tackle. I hope you Enjoy i will be showing Gear/Inventory Setup that I will be using as well as Method that i will be getting there and back.

Here is how My Equipment looks 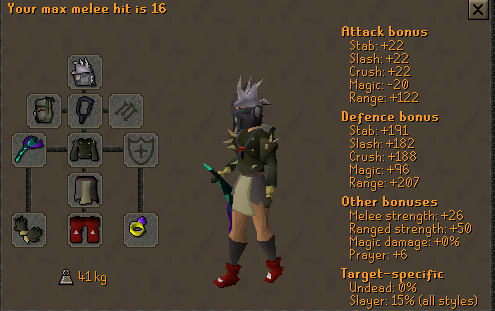 I wll be doing this Series on Slayer task so im going to have Slayer helm (i) on.

I also cannot at the time afford Arma so I will be using karils top as my range bonus as Kalphite has 2 forms one that you can melee and one you need to range.

I am going to be using Blowpipe with Adamant Darts for these solo kills you can use Arma Crossbow with diamond (e) bolts and do this also but Blowpipe is much faster and efficient even tho its Alot more costly.

Here is my inventory setup 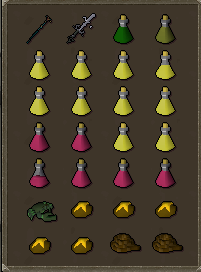 You will need to bring 2 ropes to be able to enter the lair if your by yourself I also bring my lunars staff because I use fairy rings to get to kalphite Lair which i think is the fastest way.

Its actually better to bring an Saradomin Godsword for this boss to help save on food and pots But i dont have the money to own one so Im using a Bandos godsword to help lower his defense to help with the first Phase.

I bring a majority of Brews and super restores because my Cmb level is not high enough to survive alone on food but you can replace them with sharks/Dark crab if you want. 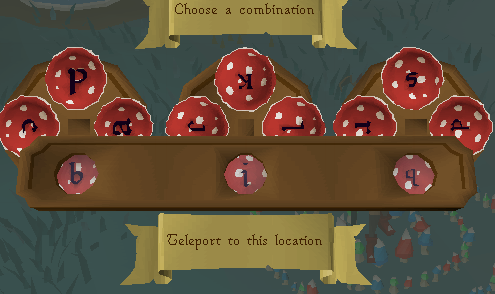 Kalphite QUeen has Two Forms: Pray Magic for both if your using a high range defense setup

First Form: This form prays magic and range so you can only melee him. Kalphite queen is weak to Crush but its better to use the slash option with whichever godsword u have because you have alot more slash bonus then crush for that to matter. A trick to using 2hn weapon while killing kalphite is attack him once then step under him for about 2 seconds then attack again. In doing this you only trade Blow for blow instead of getting hit twice per your one hit. There is no best set area to do this at but your going to wanna try to pin the boss against a wall or other smaller kalphites around it so that it cant move around and attack you while you stand under it I would recommend practicing this if you plan to do this alot because in the 2nd phase its almost mandatory to have her in this type of safe Spot.

Second/Final Form: Kalphite hatches and turns on protect from melee If you are soloing this I highly recommend a Blowpipe as i have previously stated Which type of darts you use is up to you but i wouldn't use anything below mithril. During this phase he will constantly be spawning lower level kalphites around her so if you havent got a perfect step under safe spot yet you can use the monsters shes spawns to do so with some maneuvering. This form is alot easier to kill then the first form because it has lower defense but it hits alot harder with range so be careful and always eat to above 50 because it can hit low 40s. 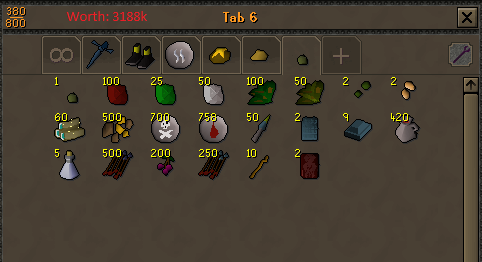 Special Feature: Today me and A clan mate Duo'd some Kq and you wont expect what we got.

Thats Correct we managed to get an Amazingly lucky drop a dragon Chain along side that we got a few other drops and im going to show them to you below. 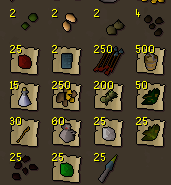 Special Thanks to my friend 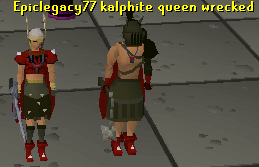 And here is the update for my solo Kq kills

I've been doing some kq with Uchiha lately and it's decent gp for a solo/duo boss. We should have kq event tbh

I MIght start hosting Kq events if anyone is truly intrested

God of M0ney wrote:I miss this

God of M0ney wrote:I miss this