As many of you may know, or for some newer members who weren't around then, I left osrs back in the summer because I recognized I was playing too much and needed a long break. But! Now I'm back, with a vengeance! No not really, I'm just back casually(comparatively speaking).


About a week ago I started to miss runescape, more-so the clan than the game itself. What we have here friends is a rare gem among all things post-2006 runescape, one that I've had the pleasure of being a part of since day 1. No matter how big, grindy, and xp crazy this game gets, I feel our clan will always have strong ties to the old atmosphere. Now, enough nostalgia goggle bologna.


I'm back, and my plans are to keep that bond intact through laid back and fun events. We're all rich, we're all loaded with xp, what we need is some soul. That being said, I probably won't be the baddest mofo in the house party combat ring anymore (lol) like the early days. I've got gold flowing out of my ass and I pretty much draw a retirement check to keep my character going. I may get a combat level every few months, or do a slayer task every other day. What I will be doing, however, is coordinating events. Mostly pvp and other social things. I'll leave bandos and other fortune-bringing stuff to the other fine gentlemen who aid in running this rabble o' noobs.


I'm still an advocate for free speech. So you'll often see me typing ass or shit in the chat *gasp*, shocker right?
I love to debate, and I'm very good at it. So don't get hostile, just come back with a good, well thought out argument. And no, demanding that I be demoted is not a valid argument. If you don't want to debate with me, then let me know in simple terms. It's all I ask. Also, if you haven't seen "Story Time With General McLeod" yet, I'd recommend it. 'Tis a good read. Should still be at the bottom of the general old school talk page. 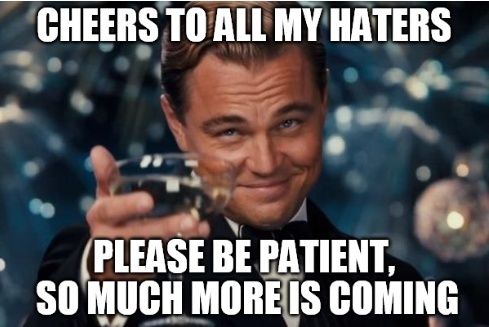